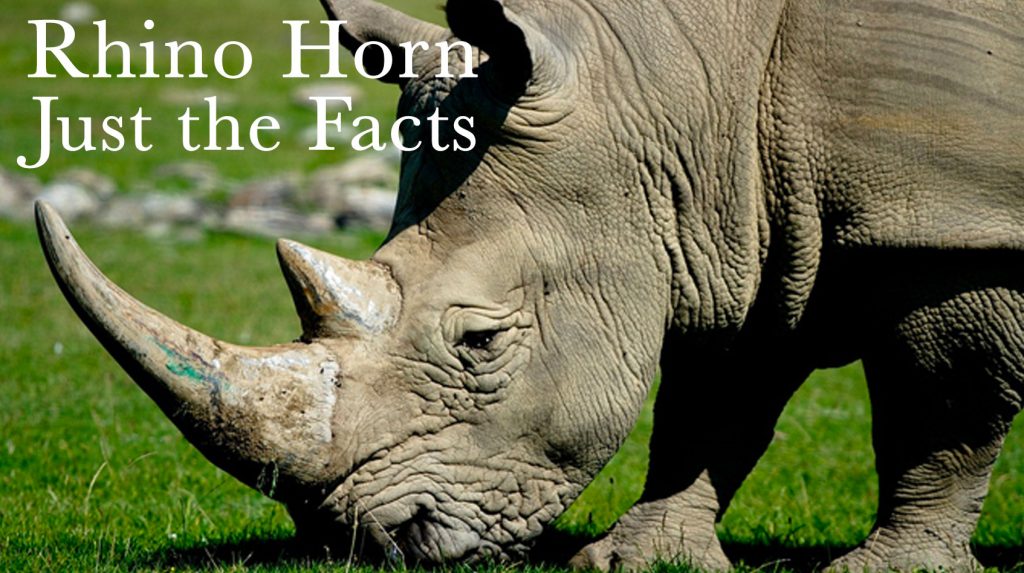 By now, most of you are aware that there is a huge poaching crisis involving the world Rhinoceros population. These majestic creatures are being systematically killed. Why you ask? Well the answer to that question may not only surprise you but also make you question the sanity of the human race.

The fact is the Rhinos are being slaughtered for their horns. There would be no need for this unconscionable practice if there were no demand. Below are 4 myths about rhino horn that when debunked to the younger generation, could finally put a stop to rhino poaching for ever. It is only through education that we find a path to success in the war on rhino horn trafficking.

The number one myth about rhino horn is that it has medicinal properties. For A number of Asian countries, from Malaysia and South Korea to India and China, rhino horn is believed to cure a variety of ailments. In Traditional Chinese Medicine, the horn, which is shaved or ground into a powder and then dissolved in boiling water, is used to treat disorders such as fever, rheumatism and gout. According to the 16th century Chinese pharmacist Li Shi Chen, the horn could also cure snakebites, hallucinations, typhoid, headaches, carbuncles, vomiting, food poisoning, and “devil possession.”

Of course there is no proof to back up any of these claims and the last time I checked with the church rhino horn was not named on the list of items used to perform an exorcism.

The truth is, the horn of a rhino is mad of keratin, the same material as our fingernails. So next time you get typhoid you may want to simply clip your nails, grind them up and enjoy a nice spot of fingernail tea. If this sounds ridiculous to you, maybe the whole rhino horn for medicinal purposes needs a bit of a re-think. 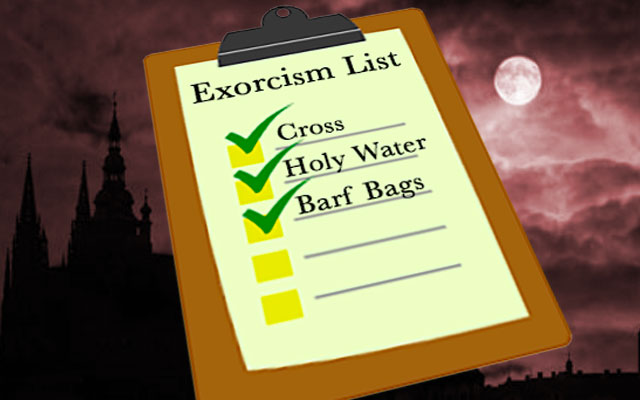 2. Rhino Horn is an Aphrodisiac

Some Asian cultures believe that rhino horn has some magical powers that can have a positive effect on their libido. Multiple scientific studies have proven that this belief couldn’t be further from the truth and even if it were true it seems a rather expensive route compared to the multitude of products available online. So if your goal is to put some zowzers in your trousers, you may want to type Viagra or Cialis into your next google search. 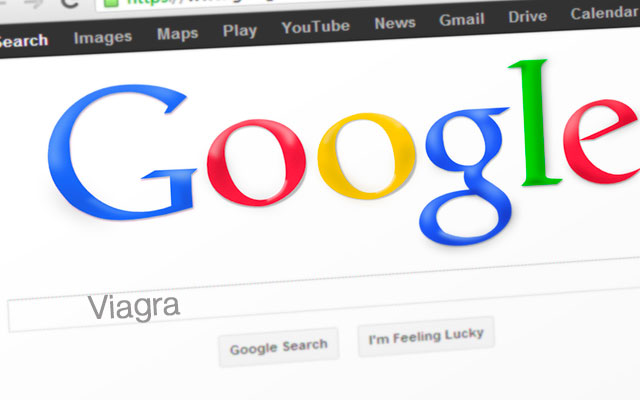 3. Rhino Horn is a Party Drug

Forget cocaine: Rhino horn is the new drug of status. Believe it or not, rhino horn is actually more expensive than cocaine. It has now become the party drug of choice among Vietnam’s up and comers.

Instead of a razor blade and mirror, the users grind down the rhinoceros horn into a powder in a roughly textured ceramic bowl. It is then mixed with water or wine for consumption.

Once again, rhino horn is made of keratin, the same protein as fingernails. Scientists say it has no medicinal value, and users aren’t really getting high. The belief in Vietnam is that drinking a tonic made from the horn will detoxify the body after a night of heavy boozing, and prevent a hangover. None of this is true and the thought of killing a rhino to avoid a hangover is simply breathtakingly stupid. 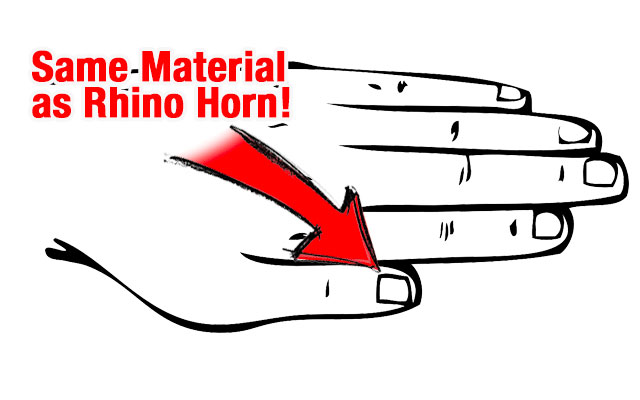 The final reason for the senseless slaughter of the endangered rhino is probably the most easily avoidable as well. Some cultures value the rhino horn as bling. The horns are fashioned into everything from handles to accessories which are deemed status symbols. I guess it takes a special kind of person to wear the horn of an endangered species with pride. These people should be ostracized by society and maybe laws should be in place to criminalize this behaviour.

It is time for society to make a stand against this unacceptable behaviour. We need to get together and educate the masses by debunking these common myths. Please help support the plight of the rhino by purchasing one of our stylish t-shirts or perhaps something from our online rhino grocery mart.

I believe that we can stop this senseless slaughter by educating the up and coming generation who won’t believe in these old wives tales. Maybe they can get the message across to their elders. It will be a hard fight but it can be won.

You can make a difference.